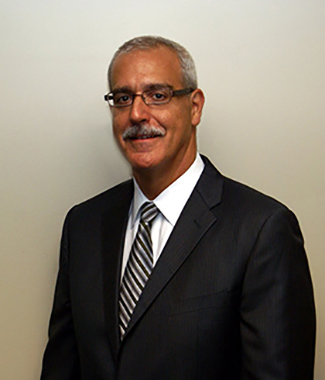 Dr. Khawly was born and raised in Westchester County, New York and graduated magna cum laude from Georgetown University in Washington, D.C. where he majored in Chemistry and American History. During his college education, he spent considerable time working on a research project at the National Institutes of Health (NIH). He then enrolled in the Duke University School of Medicine in North Carolina, where he obtained his medical degree. He spent the next six years in post-graduate specialty training. During his first year of post-graduate work, Dr. Khawly served in an internship at the New Rochelle Medical Center Hospital in New York. He then returned to North Carolina where he pursued his residency training in ophthalmology at the Duke University Eye Center. At the completion of his residency he received the Edward K. Isbey, Jr. Resident Award, awarded to the top resident in his graduating class. This training was followed by a two-year fellowship at Duke in vitreoretinal surgery and diseases under the direction of world-renowned doctors Brooks McCuen and Robert Machemer and in uveitis under Glenn Jaffe. During this time, he also served on the faculty as a clinical associate and received the prestigious Heed Ophthalmic Foundation Fellowship Award. At the completion of his fellowship he received the James and Virginia Hornaday Award for outstanding service in his fellowship.

During and after his training Dr. Khawly has published several scientific papers concerning both the medical and surgical aspects of retinal disease. Specifically, he was the lead author on the first paper that examined the ocular effects of chemotherapy for breast cancer and a manuscript on the interaction of silicone oil (often used in vitreoretinal surgery) with different intraocular lenses used in cataract surgery. He delineated the problems with certain types of intraocular lenses and the use of this oil to repair complicated retinal detachments. He has presented this work at national and international meetings, including the American Academy of Ophthalmology. Dr. Khawly specializes in vitreoretinal diseases and surgery and has additional training in uveitis under Dr. Glenn Jaffe at Duke University Eye Center in Durham, NC.